An illustrative embodiment of the blade lifting device according to this disclosure is shown in the Figures below, with Figure 1 showing a side view and Figure 2 showing an end on view. 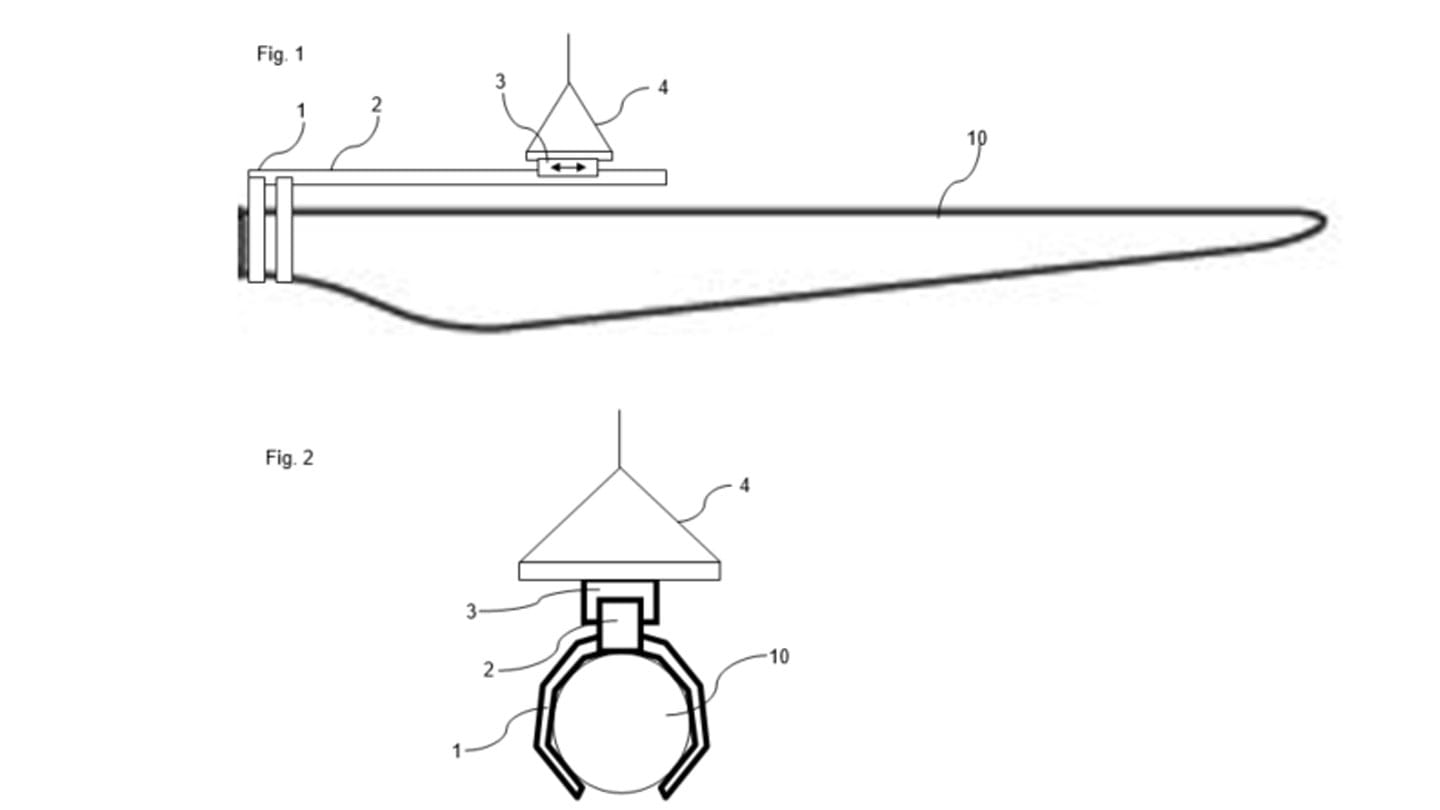 The upper surface of the moveable carriage 3 forms a controllable tether 4 for attachment to a lifting machine, such as a crane, arm, or ground transport device. The controllable tether 4 has four strands which, in this embodiment, are independently adjustable to allow the upper platform of the moveable carriage 3 to be tilted in lateral directions relative to the supporting attachment above. Each strand may be controlled by, for example, friction winches, or electrical or hydraulic actuators.

A power store may be provided on the device for powering the actuators, sensor and any control systems, where present.